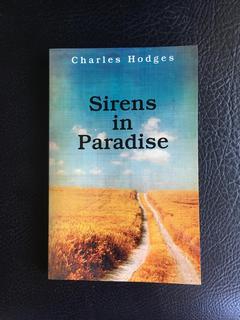 Shiny magazines featuring women with distant eyes
in skimpy clothing emphasizing deep cleavage
made a sketchy statement of the gaping space
between reality and beautiful illusion
as I stood in a stretched-out supermarket queue
while radios thumped and bumped outside
in cars with windows rolled all the way down
to share the favorite sounds of excited drivers
who didn’t seem to give a damn if the piercing beats
annoyed the ears of total strangers,
and suddenly my life felt like a water drip
hanging on the lip of a leaky faucet.

Later that evening a pretty pumpkin
surrounded by pleasantly lavender clouds
floated up as I picked a book of science fiction
to help me fall more quickly into sleep,
and when particles of light from distant stars
in galaxies too massive to imagine
pierced a window pane and fell into my drowsy eyes
after traveling maybe trillions of miles
the day seemed like a protracted battle
with distractions nearly addictive as pain-killing drugs,
and when beautiful illusions fought reality to a standstill
my confidence in the future resembled a wooden pencil
worn to a nub from writing down too many frustrations
as frightened minds dissatisfied with fearful changes
seemed to trust a brutal past more than a fickle future.

In the green, green hills of eastern Tennessee
where little streams gurgle and twist
through hard rocks and emerald thickets
toward rivers and lakes fat with captured rain,
I heard in my youth that some of the early settlers
had fine minds but were hesitant to fully use them
due to habits and beliefs emotionally handed down
through grinding repetition and a fierce independence
fortified by common faith and familiar attitudes,
but whoever followed little streams to larger rivers
leading down to where the biggest boats floated
discovered money could move most anything
and there were many, many ways to be different
as new thoughts competed with old sympathies,
and while they pretended to be too proud
to criticize the poverty of a shaky past
some of the families way back in the woods
just wanted to be left alone to quietly think
about the beauty of being big fishes in little streams
rather than just minnows in huge rivers
forever flowing toward enormous oceans,
but as contradictory cultures began to meet and blend
surprising qualities settled on everything and everyone
like little drops of shimmering morning dew
as evolution crawled along like a giant turtle
emerging from a roaring sea to deposit fertile eggs
in silky sand to save the turtles from extinction,
and as unexpected deaths and tragedies created salty tears
that made impulsive crying seem like another habit to kick
way back in the woods where life rarely turned out as intended
living was mostly remembered for things that actually got done
rather than fantastic dreams doubtfully thought about
as minds addicted to a fierce independence
leaned on grinding repetition to shape familiar days
into an endless stream of satisfying sameness.

A pessimist says life is a sack of rocks to carry
as God’s punishment for original sin,
but an optimist says don’t worry, everything will heal
when we begin to invent more confident tomorrows,
while an existentialist says tomorrow is essentially
an abstraction painted by Kandinsky and yesterday
is just a thinning memory moving through a gauzy fog,
and as mathematicians claim with scientific pride
parallel lines never knew how to meet
before the mind of Lobachevsky made them,
a cocky philosopher says yesterday could easily be a fiction
invented by two old men sharing a jug of red wine,
and while ordinary minds in ordinary times say the future
is signified by a baby’s head emerging from a pleasure cave,
love is still similar to politics and weather as it drifts and shifts
like a windblown veil while bringing some heavenly moments
sporadically interrupted by little spells of hell.

One afternoon on the Mendocino headlands I heard the voice
of a desperate man fighting for his life after an aberrant wave
swept him from the lowest ledge his sense of exploration
had taken him to get a better look at risky beauty right before
a riptide more powerful than his thrashing arms could fight
pulled him to a cloudy shroud where he continued to shout
as a rescue squad showed up and shot a lifeline several times
through soupy fog, but no try landed near enough to grab,
and when his voice went silent an ominous mood slowly fell over
a small audience wishing some miracle could save him
from a date with fate as thick fog and a surging sea
made me thankful it wasn’t me fighting with deficient strength
against a deadly grip filling up my bubbling lungs
like it happened in a pond when I was only five,
and when I thought of aging to the point where living bones
once supple as an apple sapling get brittle as fine blue glass,
I remembered there are many ways to live a good life
but probably few good ways to finally die.

Poems by Charles Hodges reflect more than three decades of a varied life and a love of poetic expression.