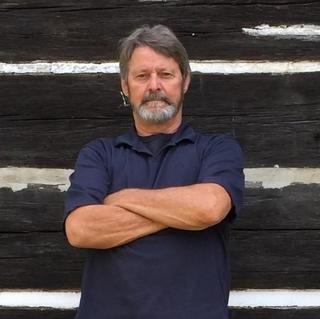 Charles Hodges was born in Tazewell, Tennessee in 1946, a part of Appalachia between Cumberland Gap and Clinch Mountain, and he was raised in Lone Mountain, Tennessee near the Norris Lake. He has been earnestly working at writing poems and stories since 1978 and has had some original poems published by various literary journals, magazines, periodicals and one anthology over the years. Charles has one book of poems in print, titled Sirens in Paradise, a self-published collection from Morris Publishing in Kearny, Nebraska, and he hopes to find a publisher for further collections of poems and stories in the near future.

After earning a Bachelor of Science degree in Mechanical Engineering at the University of Tennessee in Knoxville in 1968, Charles worked as a Production Engineer at Texas Instruments in Dallas, Texas before taking a job in Safety Engineering with Travelers Insurance Company in Atlanta, Georgia. He earned a Master of Science degree in Civil Engineering from the University of Florida in Gainesville in 1974 and accepted a job offer from Fresno Council of Governments in Fresno, California as a Transportation Planner and Engineer.

In 1976, Charles moved to Mendocino County, California and worked as an Engineering Consultant and carpenter, specializing in home remodeling and construction while trying to learn the art and craft of creative writing in a coastal community with no shortage of writers and artists of many types and talents.

Since 1980, Charles has been married to Suzanne Hodges, a visual artist and former member of the Arizona Bar with a background in Civil Law. They have one son, Silas, and one daughter, Geneva, and they have lived in southern Arizona since 1983.

Poems by Charles Hodges reflect more than three decades of a varied life and a love of poetic expression.